Capture image using camera for Window Tablet and store it in FileMaker. 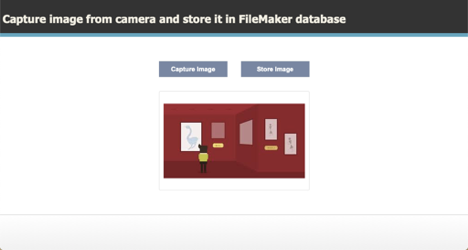 If we implement the above mentioned steps, then we can able to capture the image using a camera and store the captured image in FileMaker database.

The team at FMDBSolutions hopes this article taught you how to display the weather information in map from FileMaker using Html and JavaScript. FMDBSolutions is a team of well-qualified experts that have a lot of experience with the many versions of FileMaker Pro and the FileMaker Go app too.

Our team knows all about transitioning, migrating, converting, and upgrading for FileMaker. Companies that require FileMaker Integration can also use our services. We have worked with clients from the USA, Australia, and Singapore and will complete your FileMaker assignment in the best possible way at a lower price but the same or higher level of excellence.

If you want solutions to your FileMaker database, we can help. Click the below box for a free FileMaker consultation

You can also leave us your email below for receiving new updates regarding FileMaker and our company.

Have an existing FM solution? Need upgrades / Fixes.
Have an excel spreadsheet. Need to convert into FM solution
Create / Extend the solution to Web / Mobile?